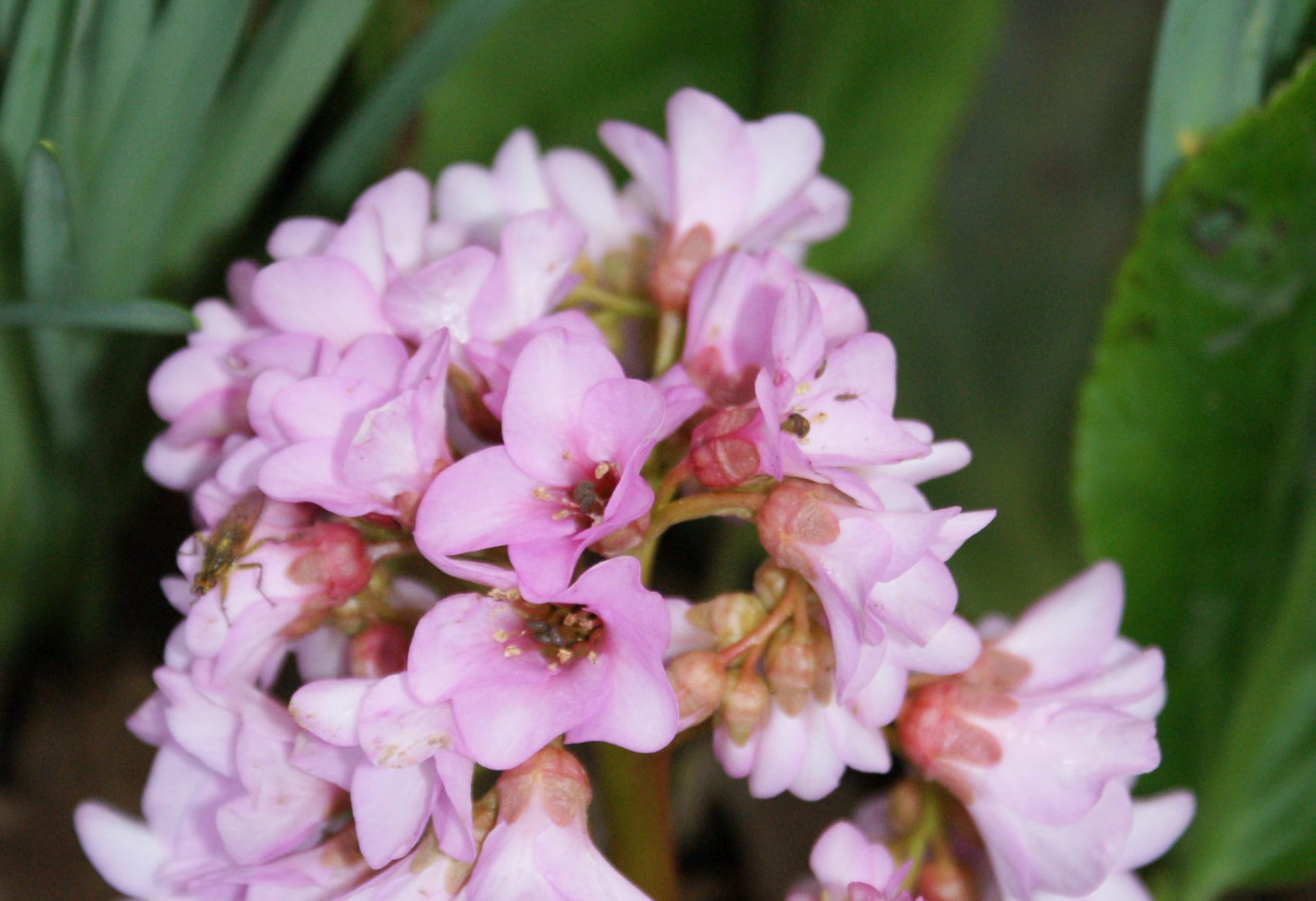 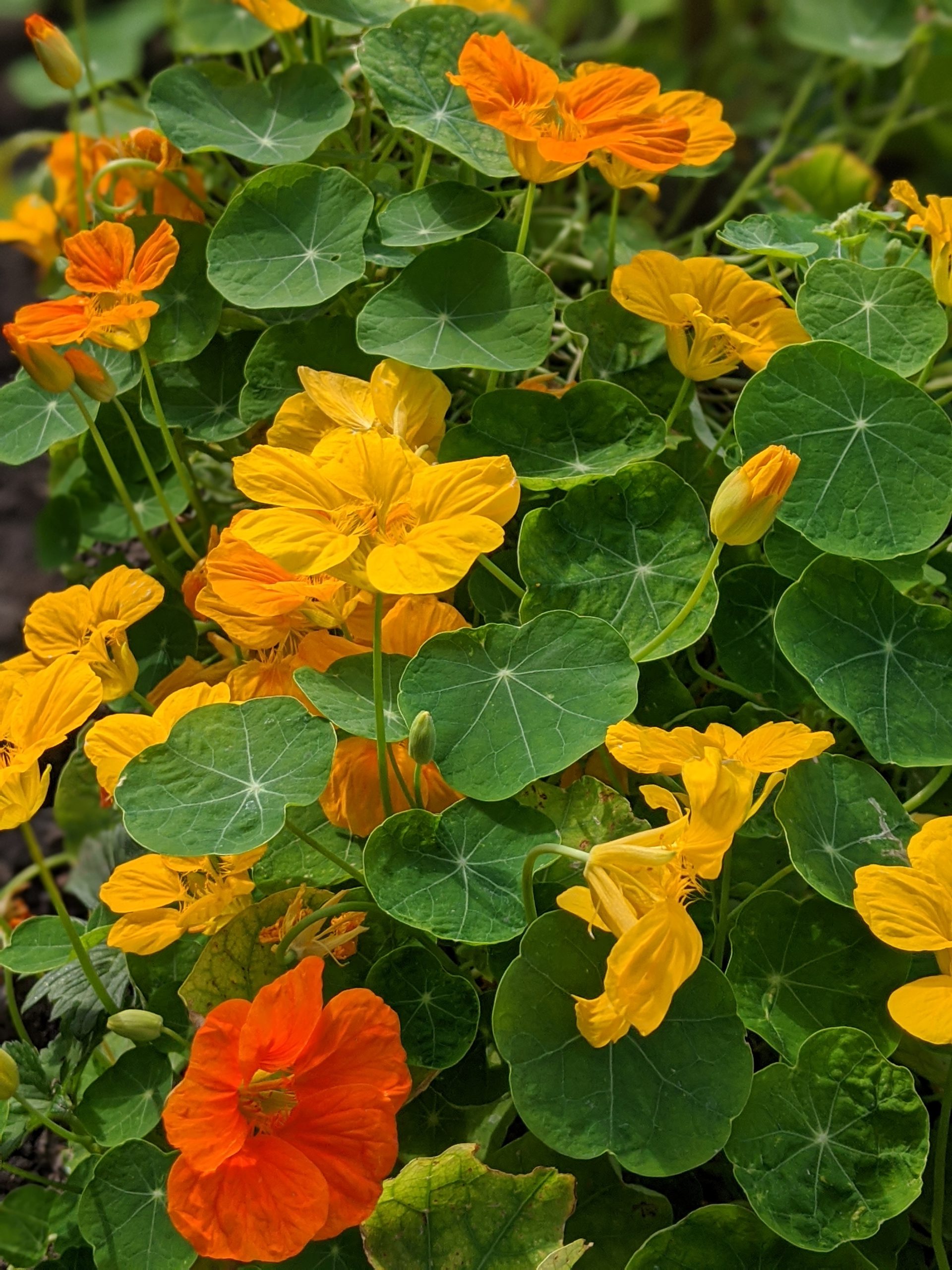 For some reason my husband calls all flowers Nasturtiums. Maybe this is because Nasturtium is a good word to say (which it is), or because he thinks he’s being funny (which he isn’t) or because he doesn’t know the names of flowers well and this “joke” gives him an excuse not to learn.

Naturally this meant that Nasturtiums were near the top of the list of flowers to grow on our allotment. They flower throughout the summer and are easy to sow and care for – just pop the seeds directly into the ground from March and you’ll be treated to a beautiful display of lush green leaves and vividly coloured flowers. Not only do these plants look stunning, they also taste pretty delicious; you can eat the leaves and petals which contain vitamin C and some believe can also improve the immune system. Additionally, Nasturtiums are used in companion planting as they are known to deter those pesky carrot flies. Nasturtium flowers and leaves are visually stunning in a salad along with some regular salad leaves. You could also sprinkle some Marigold flowers on for the full floral effect!

This year I have had a go at pickling Nasturtium seeds, often referred to as Poor Man’s Capers. They’re funny looking seeds in the shape of a three-leaf clover and feel firm to the touch. After they’re pickled you can use them as you would normal capers – in salads, with fish, on pizzas, in pesto etc….. I boiled equal parts of cider vinegar and water, a whack of dill, some salt and a small amount of sugar in a pan and then poured the liquid over the washed Nasturtium seeds in a glass jar. I sealed the jar and it’s now in a dark, cool cupboard awaiting some smoked salmon during the forthcoming festive season.